We had a number of thunderstorms. (I slept through two Code Red storm alert calls, the phone within 30 inches of my head.) Tuesday night’s took out most of the Sweet Williams and in the early morning, a lot of the day’s new blooms. The rain has, however, encouraged some new flowers. The pollinators were also in evidence.

Some of my favorites from the past few days, now. Clicking on the photo and likewise on the attachment page should bring you to a larger version of the picture. 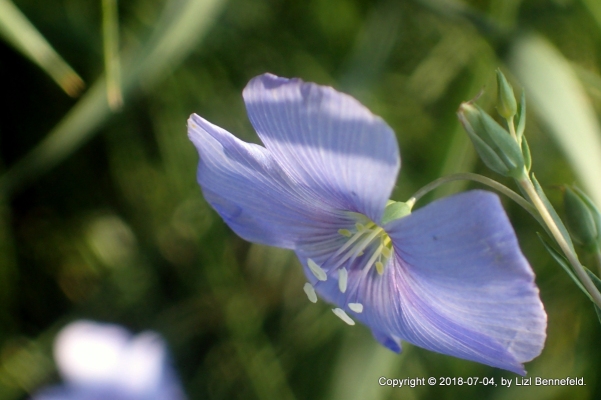 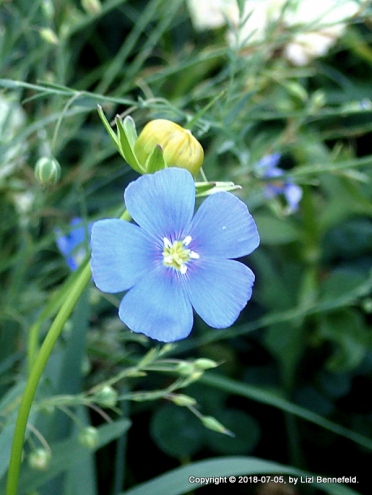 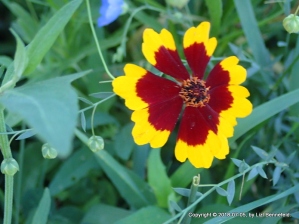 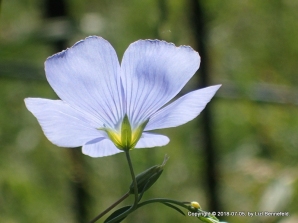 While the U.S. Independence Day fireworks (illegal, but omnipresent) were loud, including someone shooting off the stuff on the street in front of our house, the Scampers and I weathered the noise. I put on some opera music (mostly tenor arias and operatic songs), and the dogs soon fell to sleep. I later switched to Mozart symphonies, and they napped until it was time for their last snack and outing and into their kennels for the night. I am quite happy that the celebration is over for another year.

Our dogs are accustomed to joining us in the gazebo for thunderstorms, and so the loud noises do not upset them. I jump when the strikes are too close. When we were children, we lived in a large house on a double lot that had ten or more gigantic cottonwood trees that inevitably drew lightning strikes. And we would be out in it, since the water buildup in the basement window wells (we started out living in a “basement house”, the main floor not added until the ’50s), with our little buckets, bailing out the water before the windows could pop open and send the water into the living room, bathroom, and bedrooms. Such fun!

In response to the Weekly Photo Challenge prompt on 16 May 2018: Liquid. As the morning’s sunlight hits the eastern windows in late December, the frost ferns transition slowly to drops of water. Gradually, the window panes become dry and clear.

The weekly photo challenge on WordPress for the week is : Rise / Set

The weekly photo challenge on WordPress for the week is : Scale (my second try).. “Experiment with placement and scale to show how big (or small) you can feel in a photo.” I decided to do this challenge again, photographing two fallen leaves, dropped by the wind on edge in the grass. (My first response to this challenge can be found here on my The Art of Disorder blog.)

There are other photographs in this series: 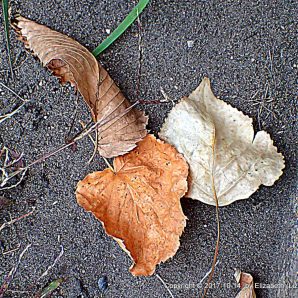 A Spread of Leaves

The weekly photo challenge on WordPress for the week is : Scale. “Experiment with placement and scale to show how big (or small) you can feel in a photo.” Not having any depths or heights, I have chosen photographs of hoverflies in relation to their flowers and to the garden as a whole.

Recent Posts:: The Art of Disorder

Playing with a flower

What dreams could be

Dreams of night and light